It is often recommended that one of the first things you should put together as a part of your blog is to write a bio.  I guess getting to that assignment almost two years after I started Aloha Fridays means I am running a little late.  The reasons I have procrastinated on this particular task for so long as it feels a little morbid like writing my own epitaph.  Because I don’t want to spend timing focus on my own funeral, I found a new inspiration, a book jacket.

I have always wanted to write a book and one of the motivations for this blog was to work on my writing.  I have even gone to a “pitchapalooza” at the downtown Tattered Cover bookstore to pitch a book to authors and book agents Arielle Eckstut and David Henry Sterry.  While I am still working on landing that book contract, I did get a copy of Eckstut and Sterry’s book “Putting Your Passion into Print” which provides some good tips on writing a book jacket bio as well as a good author photo.

Using their tips I came up with the following bio and the photo taken on the Big Island in Hawaii below that will finally complete that “About Me” link on the right-hand side of my blog.  Those who know me, let me know what you think, and those who don’t know me well, let me know if you are impressed.

Todd Mosher is an award winning rocket scientist leading the design and development of a replacement for the Space Shuttle and was a finalist in the 2009 NASA astronaut selection. Dr. Mosher has four degrees in engineering including a Ph.D. in aerospace engineering from the University of Colorado.  He has taught students from around the world at Utah State University, the International Space University, and the University of California, Los Angeles. He has written for local newspapers, national magazines, and trade publications. Dr. Mosher enjoys participating in triathlons, SCUBA diving,  surfing, basketball, baseball, softball, downhill skiing, running, stand-up paddle boarding, and volleyball. He currently lives in Littleton, Colorado with his wife and three children. 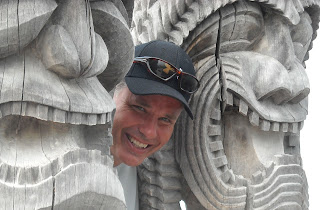